Development of Indian Administration In ancient India, the powers of state administration were central to the king. During the Vedic period, the king had many officers to help him. According to Dr. Beniprasad, there was a group of friends and officials around the king. Many administrative officials and their respective departments are mentioned in the Ramayana and Mahabharata. Information about administrative departments and officers is also found in Manusmriti and Shukraniti. The first mention of the state office comes from Kautilya’s Arthashastra. By then, the administration system had developed sufficiently. During the reigns of Chandragupta and Ashoka, the development of the ancient Indian administrative system had reached its zenith. Therefore, the field of administrative work also became wider. The state was concerned about all the physical and moral aspects of a person’s life. To carry out all these functions, several offices were formed and the local government area was divided. These Maurya institutions developed further during the Gupta period.

Principles of administration are also found under public administration in ancient India. At that time the principle of footstep was given practical form. It is seen in coordination between various departments and sub-departments of administration. There were different categories of officers, but they acted in a coordinated manner, following the steps. At that time there was an attempt to coordinate a centralized administrative system. This type of system existed during the reigns of Chandragupta Maurya and Ashoka. In ancient India, there were tips to advise the emperor. Supervision and control received due importance in administration along with the principle of designation. In addition, Manusmriti, Mahabharata, Shukraniti and Kautilya gave special importance to inspection.

Ancient India had different categories of administrative officers and employees. There were three categories of officers in the Mauryan administration. Municipal officers, rural officers and military officers. Above the administrative officials were ministers or advisors. The officials of the province, district, city, village worked under the central authorities. Pro. In the words of Altekar, “It cannot be said whether, like the provincial and subordinate distinctions of India today, the government employees of that time also had very few posts or not. It is possible, like the Indian Administrative Service, today The Mahamatra has been ‘Mahamatra’ since Mauryan times and ‘Kumarmatya’ since Gupta period. Employees of this category used to be district or regional officers at that time and sometimes came to the central government or higher posts. There were scenes. Sometimes, even in the rank of minister. “Like today, recruitment of employees, merit, salary, license, pension, etc. It is mentioned in the old administrative system. At that time, merit in recruitment, Special importance was given to total high and ability. Dr. Radhakumud Mukherjee wrote in relation to the Mauryan administration that “except the members of the Council of Ministers, all other officers were assigned by the king to his ministers. Was appointed to help. Intimate council of king, priest and head. During that time he served as the Public Service Commission. Senior officers and department heads were appointed by this council. “

In the development of Indian administration, apart from the recruitment system and the amount of salary, there were some other conditions regarding the service of government employees in ancient India, who had their own facilities and honors. Venus has considered the problem of granting leave to employees in detail. Kautilya has expressed his views on this. In this regard, Harishchandra Sharma wrote: “The king should not do any work from the employees during the festive days. One should not work at all during the days of reverence. If someone becomes ill, three-fourths of salary should be given. A representative of the employee who is always ill should be replaced. Employees used to get 15 days off. There was also a rule of pension. “

The organization of central tenure is known in ancient India. There was a central institution to keep records of all the functions of the king and to determine the form of orders distributed by the king, which we may also call secretariat or government. It included writers, secretaries and subordinate staff. Maurya – In the reign, department heads were called writers, whose rank was equal to Amatya. Venus states that royalty does not reside in the king’s body but under his signed and sealed rule. Details of the secretariat’s action are found in the writings of the Chola state. The king also had personal secretaries. In summary, the central government’s main function was the supervision and control of provincial, regional and local administration. 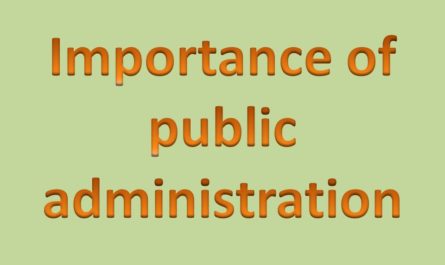 3 thoughts on “Development of Indian Administration”