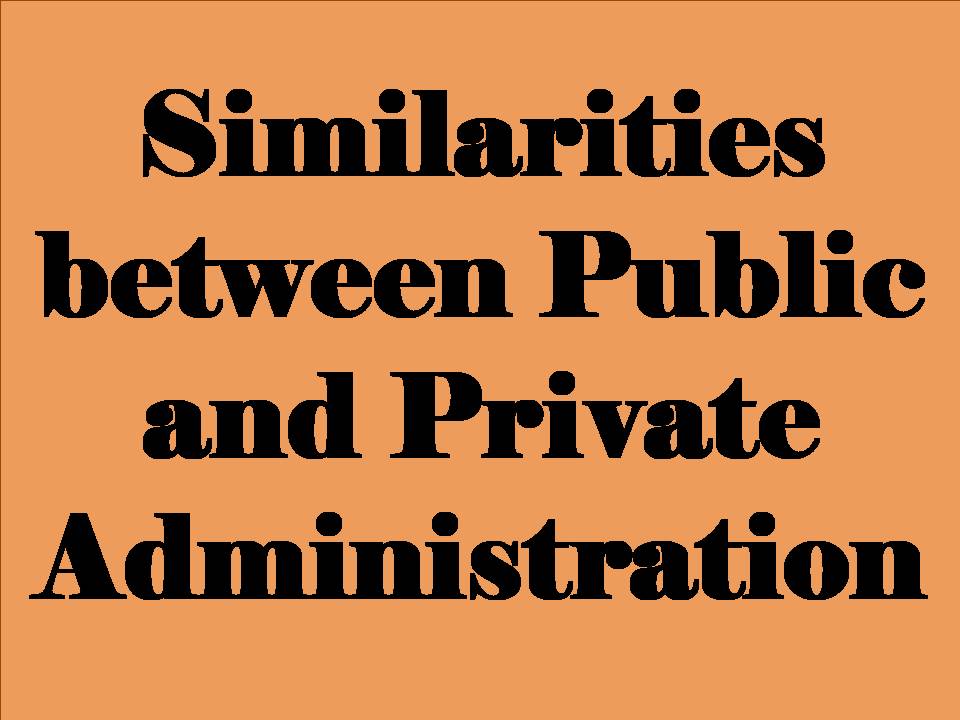 The following similarities can be observed between the two types of administration:

1. Both public and business administration depend on common skills, techniques and procedures.

2. In modern times, the profit-seeking principle is not peculiar to private administration, because it is now accepted as a laudable goal for public sector companies as well.

3. In personnel management, private organizations have been greatly influenced by the practices of public organizations.

4. Private concerns are also subject to many legal restrictions. The government exercises a lot of control over commercial companies through regulatory legislation, such as fiscal, monetary and licensing policies, etc. Consequently, they are not as free as they used to be.

5. There is a similar type of hierarchy and management systems, both in the public and private sectors. Both have the same type of organizational structure, superior – subordinate relationships, etc.

6. Both the public and private administration make continuous efforts to improve their internal functioning and also for the efficient provision of services to individuals or clients.

7. Public and private administration serves people, whether they are called clients or clients. Both have to maintain close contact with people to inform about their services and also to receive comments about services and products. In both cases, public relations help them inform and improve their services to people.

The previous discussion shows that the distinction between public and private administration is not absolute. In fact, they are becoming increasingly similar in many ways. However, it does not mean that there are no significant differences between these two types of administration. Waldo notes that the public administration is different because it reflects the peculiar characteristics of government activity and the public environment in which it operates.

30 thoughts on “Similarities between Public and Private Administration”