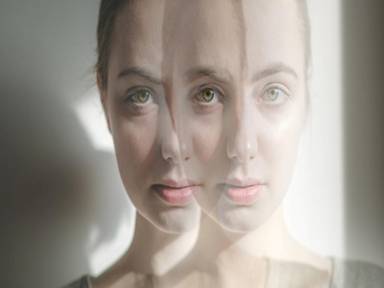 Man’s double personality. The difference between human behavior and internal thinking is a sign of double personality. In contemporary times, the influence of materiality has increased progressively. Under it, every person wants to collect all the means of sensory pleasure through moral or immoral routes. In this catastrophe, sometimes he conducts against the sacraments so that the psyche existing in his conscience is not accepted. The master of the senses wants to receive these pleasures in every way, while the conscience of man does not accept it. Due to this, a situation of duality arises in the conscience of the person and he gets into a state of mental depression after suffering from guilt, due to which, sometimes a person commits suicide as he often sees. is also.

In the double-character problem, sensory pleasure is the root cause of the problem. To control the senses, the principle of Yama-niyam given by Maharishi Patanjali has been considered as the best. Yama-Brahmacharya, Truth, Ahimsa, Aste and Aparigraha and Niyam-Shuk, Santosh, Tapa, Swadhyaya and God are the wealth. In this, astha means non-stealing and non-collection of excesses, non-violence brings both emotional and physical violence. Similarly, defecation means defecation of the mind. Often a person suffers from prejudices due to lack of mind defecation and negatively impacts his personality. Therefore, by adopting the above principles of Patanjali, man should overcome the problem of double personality by conquering the master mind of the senses. In this way, after getting rid of the double personality, he will experience ecstasy and complete his life journey.

Anger is the problem of human life

Success depends on the path of struggle

The purpose of lighting the lamp